How is VWD treated?

There are effective treatments for all types of VWD. Treatment choice is based on VWD type, the nature and severity of bleeding, the site of bleeding and will involve the patient, their family and the health care team.

Small bleeds such as nosebleeds or bruising will often not require any treatment. For most people with VWD treatment is only needed during surgery or after trauma.

You should seek advice on the most appropriate treatment to use from a centre that specialises in bleeding disorders. 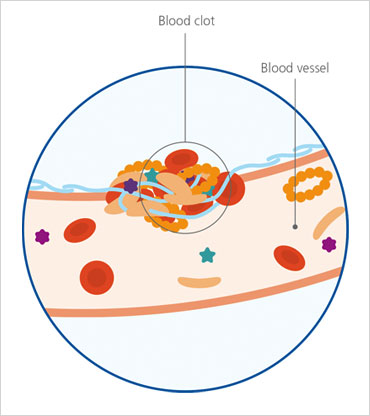 Antifibrinolytic medications such as tranexamic acid and aminocaproic acid slow the breakdown of blood clots.

Fibrin glue can be used to seal a bleeding site and can be useful after a tooth extraction.

For women with menorrhagia, contraception such as an intrauterine device can sometimes reduce menstrual bleeding.

Next section: People with VWD