What is von Willebrand disease (VWD)?

VWD is a bleeding disorder. It is caused by gene mutations that result in low levels of von Willebrand factor (VWF), or VWF that does not work properly. VWF plays a role in blood clotting. As a result, people with VWD can experience problems due to excessive or prolonged bleeding. The inability to form a clot is a particular risk during surgery, when the bleeding can be difficult to control.

VWD is classified in three main ways—type 1, type 2 and type 3:

People with type 1 VWD have low levels of VWF. This is the most common type (around 75% of people with VWD have type 1).

People with type 2 VWD have VWF that does not work properly.

People with type 3 VWD have very low levels of VWF. This disease type can be more severe and is the rarest form of VWD.

Although there is no cure for VWD, there are effective treatments. Most people with VWD have very mild symptoms that they can manage themselves in their day-to-day lives. However in some people the VWD can result in severe and serious bleeding and therefore has a greater impact on them and their lives.

It is important that patients register with a treatment center that specialises in bleeding disorders. This will help patients learn as much as possible about how VWD will affect them so that they can manage it effectively.

Who is affected by VWD?

Up to 1% of the world population may have VWD.

VWD is usually inherited and affects both males and females of all ages, including children. Women are more likely to exhibit VWD symptoms than men due to bleeding occurring in menstruation, pregnancy and childbirth.

Many people have mild symptoms and may not realise they have VWD.

Why is it important to be aware of VWD? 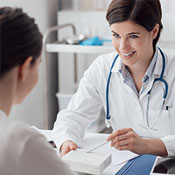 Many people with mild symptoms may not be diagnosed unless they suffer severe bleeding during surgery or following trauma.

It is therefore important to be aware of VWD and look out for the signs and symptoms.

Having a clear diagnosis and an understanding of the effects of VWD can allow the disorder to be treated effectively in most people. 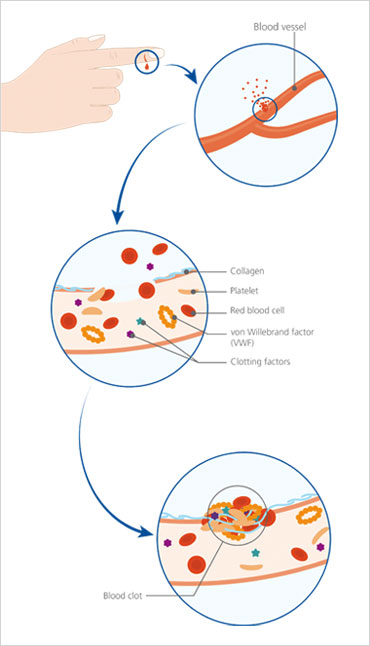